The Confederate Flag is controversial to say the least. If you clicked on this article, I’m guessing you probably have a strong view one way or the other on what this flag represents and if Christians should be a proud ambassador for these values.

What makes this question so hard to give a straight answer to is the fact that the same symbol can represent many different things to many people. This is true for all symbols, but especially this particular one because it has flown under different contexts for over 100 years.

But to answer if Christians should display this controversial flag, maybe the question isn’t “Should I be allowed to?” but instead “What is considerate? What is loving to those in my community?”

But first, let’s take some time to validate both perspectives.

There Is Nothing Wrong with Southern Heritage

To many living in the South in America, the Confederate Flag simply represents this: being proud of the South. Being proud of your heritage, your family, what the South stands for.

For instance, I’m a huge fan of my family’s Christmas traditions—and I’m very particular about them. One year, for whatever reason, my mom didn’t make cinnamon rolls for Christmas breakfast and I have to be honest, I had to fight back actual anger when I saw what wasn’t in the oven Christmas morning!

To me, the cinnamon rolls, represented years and years of my family sharing something wholesome and special. And I was upset that that was taken away.

So in that small way, I can really understand the anger and fear that would ensue if I felt like my family’s entire history was being threatened because some people were offended at something that symbolized it.

I know that for many Southerners, this flag is simply a symbol of that pride, safety, and family legacy. That’s all they see. However….

If I were to discover that the cinnamon rolls that I loved, and that I found safety in, had deep and historic ties to hurtful ideology… with violence… that others used cinnamon rolls to fear-monger and oppress groups of people… and that to this day, friends of mine were felt fearful and heartbroken whenever they saw someone eating a cinnamon roll—I would really reconsider my choice of Christmas breakfast.

There’s Also No Way around The Flag’s Racist History

Like I emphasized, I know that this flag’s history is not what comes to mind when many Southerners fly this flag. But because this racist history deeply affects our country today—black people’s opportunities, wealth, justice, prestige, and trauma—the history cannot be ignored.

However, the common association of the Confederate Flag with racist ideals is well-documented.

Here are a few quick facts.

The Confederate Flag as we know it today was the Confederacy’s Battle Flag. The second national flag of the Confederacy featured the Battle Flag design surrounded by whiteness. Newspaper editor William T. Thompson supported the design in 1863, saying “As a people we are fighting to maintain the Heaven-ordained supremacy of the white man over the inferior or colored race; a white flag would thus be emblematical of our cause.”

Although it’s unclear if he designed the flag or not, or what kind of influence he held—it’s clear that this flag was associated with racist ideology from the start.

In 1875 in Charleston, South Carolina, members of the Carolina Rifle Club of Charleston participated in a  statewide white-supremacist campaign that included voter intimidation, ballot box stuffing and terrorism. They marched behind the Confederate Flag as they made efforts to stop black people from voting.

In 1948, the Dixiecrat Party used the Confederate Flag to represent themselves. Their platform stood for “… the segregation of the races and the racial integrity of each race,” and the party opposed “the elimination of segregation,” “social equality” and “the repeal of miscegenation statutes.”

In 1963, the Governor of Alabama, George Wallace, flew the Confederate flag in defiance of President Kennedy’s calls for integration. The flag was not a part of pop culture until it resurged during this time, becoming a widespread symbol of white people that were opposed to the Civil Rights Movement.

And, to bring it to present day, the Confederate Flag can be seen in association with white supremacist groups and Neo Nazis.

Although Southerners aren’t purposefully standing for these racist values when they fly their Confederate Flags—it’s extremely important to realize that it's easily construed that way. 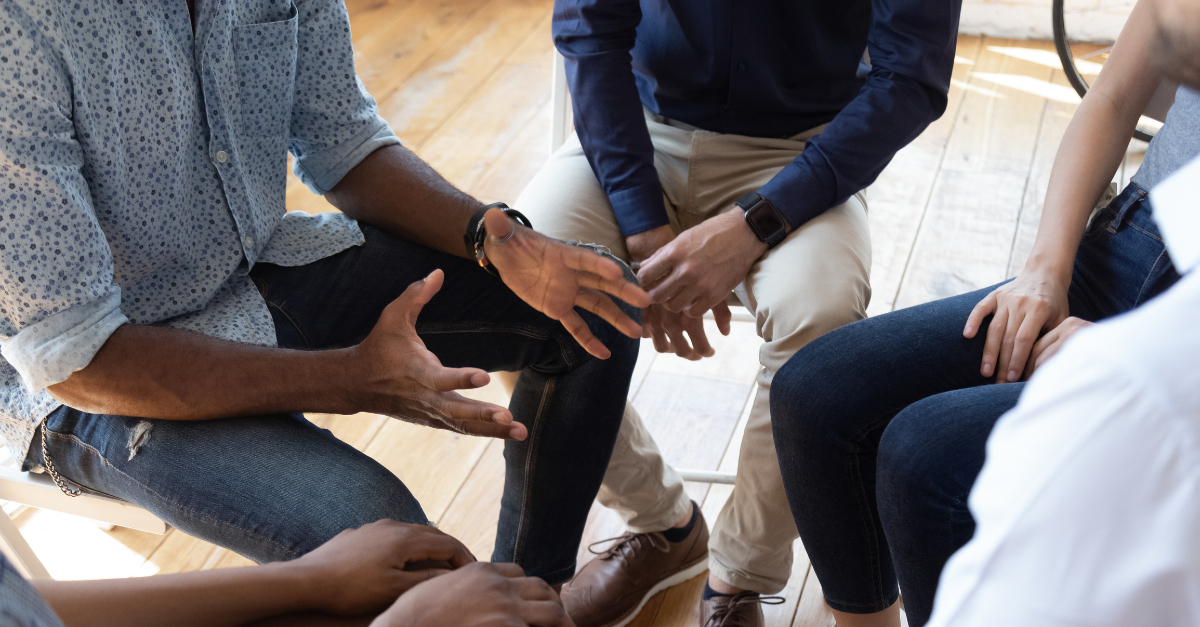 Of course, I can only make broad statements in this section and that not all black folks feel the same. But, I did I ask a few of my black brothers and sisters what they see when they see the Confederate Flag that I'm positive so many others can relate to. Here are some of their thoughts:

The flag brings hurt that Southerner’s history is largely rooted in their oppression.

The flag brings feelings of inadequacy and intimidation.

The flag is a reminder of the oppression black people have experienced in America since 1619 and certainly to this day through police brutality, redlining, and discrimination.

And it’s a reminder that there are people out there, and have been throughout our nation’s history, that hate them just for the color of their skin.

Can you empathize with their fear? Based on the years and years of evidence that at least SOME of those who tout this symbol hate their very beings and believe them to be subhuman?

Take a moment to imagine what that would be like.

Even if that isn’t your intention whatsoever by flying this flag, but it remains a fact that that is the impact when your black brothers and sisters see it—is it worth it?

Maybe, in a perfect world, we could all read eachother’s hearts like Jesus could and we’d be able to discern immediately if someone was flying the flag out of sinful racism or out of whole family pride. That would be nice.

And I think there is something to be said of believing the best in people—for a black person to see someone with a Confederate Flag and not jump to the conclusion that they are a racist. That would also be nice.

But, given the undeniable racist history of the symbol and how it has been used, can you really blame them?

The Bible Calls Us to Consider Others above Ourselves

Is being proud of your Southern heritage wrong? Absolutely not.

But can this symbol easily be conflated with ideals of racism, hatred, and violence? Absolutely yes.

And, as Christians, we are called to consider those around us—to be sensitive to their needs and not just our own.

“Do nothing out of selfish ambition or vain conceit. Rather, in humility value others above yourselves, not looking to your own interests but each of you to the interests of the others.” Philippians 2:3-4

Again, I want to validate that to you, this isn’t a symbol of hate. But if it is a symbol of hate to those who God has called you to love—it is not considering others above yourself to continue to fly it.

As well, in Romans 14, the Apostle Paul addresses this consideration for others above self. Although this is in the different context of whether or not to eat food that is sacrificed to idols, the principles are the same.

He says in verse 15, “If your brother or sister is distressed because of what you eat, you are no longer acting in love. Do not by your eating destroy someone for whom Christ died.”

In the same way, if your public display of the Confederate Flag is causing others distress, it is no longer acting in love to fly it. Remember your brothers and sisters for whom Christ has died.

At this juncture in our country’s history, I believe it is inconsiderate to fly this flag in public if you have the full knowledge of how it alienates and intimidates a group of God’s children.

Black people in America are currently undergoing exponential trauma. Ahmaud Arbery, George Floyd, Rayshard Brooks, and Breonna Taylor are just a handful of names of men and women who have been killed in 2020 with their blackness as the determining factor.

Even if you disagree with that statement, it stands true that black people’s perception of the above is true. And that is causing intense trauma as they envision their fathers, their brothers, their sisters, their best friends being the ones who were killed because it could have just as easily been them because of the color of their skin.

They face discrimination every day that white people will never understand.

Can’t we, at the very least, not alienate them further with confusing symbolism?

Is it possible to express your pride for the South through other means—through great food, through meaningful music, through putting in effort to make the South an amazing place to live for all?

Can we show our support for their lives and their God-given worth by not ever leaving that up for question?

Let us consider others above ourselves, be empathetic to those with struggles different than our own, and love them with the selfless love of Christ.

Related Resource: Listen to our FREE podcast, Ask A Pastor! All of our episodes are available at LifeAudio.com. Click the play button below to hear an episode right now:

Kelly-Jayne McGlynn is a former editor at Crosswalk.com. She sees the act of expression, whether through writing or art, as a way to co-create with God and experience him deeper. Check out her handmade earring Instagram and Etsy for more of her thoughts on connecting with God through creative endeavors.

This content first appeared on Crosswalk.com and is used here with permission. To view the original visit: https://www.crosswalk.com/special-coverage/racism/should-christians-display-the-confederate-flag.html